Early in 2020, before all the shutdowns and delays, ProAc Loudspeakers announced two new speakers to their reference-level K Series: The K10 tower speaker and K1 standmount speaker. Using the Kevlar-based bass/mid drivers and ribbon tweeters, the K Series produces some of the tightest and truest musical playback, and the two new entries were going to expand the line on each side with a bigger and smaller entry. After about a year, the speakers finally began shipping in the U.S. and Chris Thomas of Hi-Fi+ was among the first to give his opinion on the new K1 standmounter. 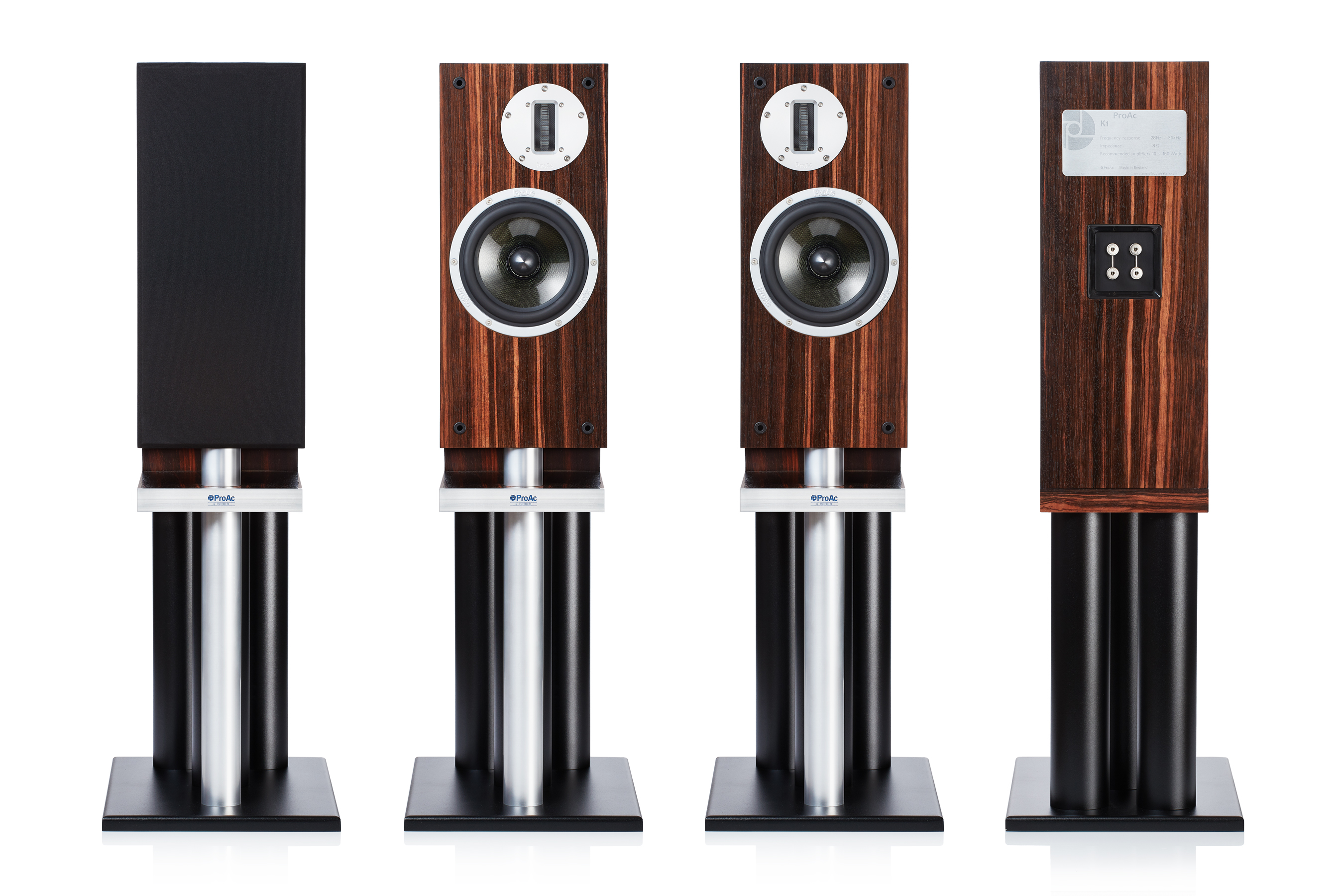 ProAc's loudspeakers have long been respected in the audio world and the K Series has been the culmination of ProAc's dedication to refining their craft. Chris Thomas begins his review of the K1 speakers by discussing the K1's dedicated K1 Stand. The high-mass stand is specially built to accentuate the shape and design of the K1 speakers, and offer you the option of filling the tubes with sand for additional mass and sturdiness. Thomas noted that on his demo speakers, there was some slight rocking between the speaker and the mounting plate, and that some additional damping pads on the bottom of the stand might be better for a hard surface. 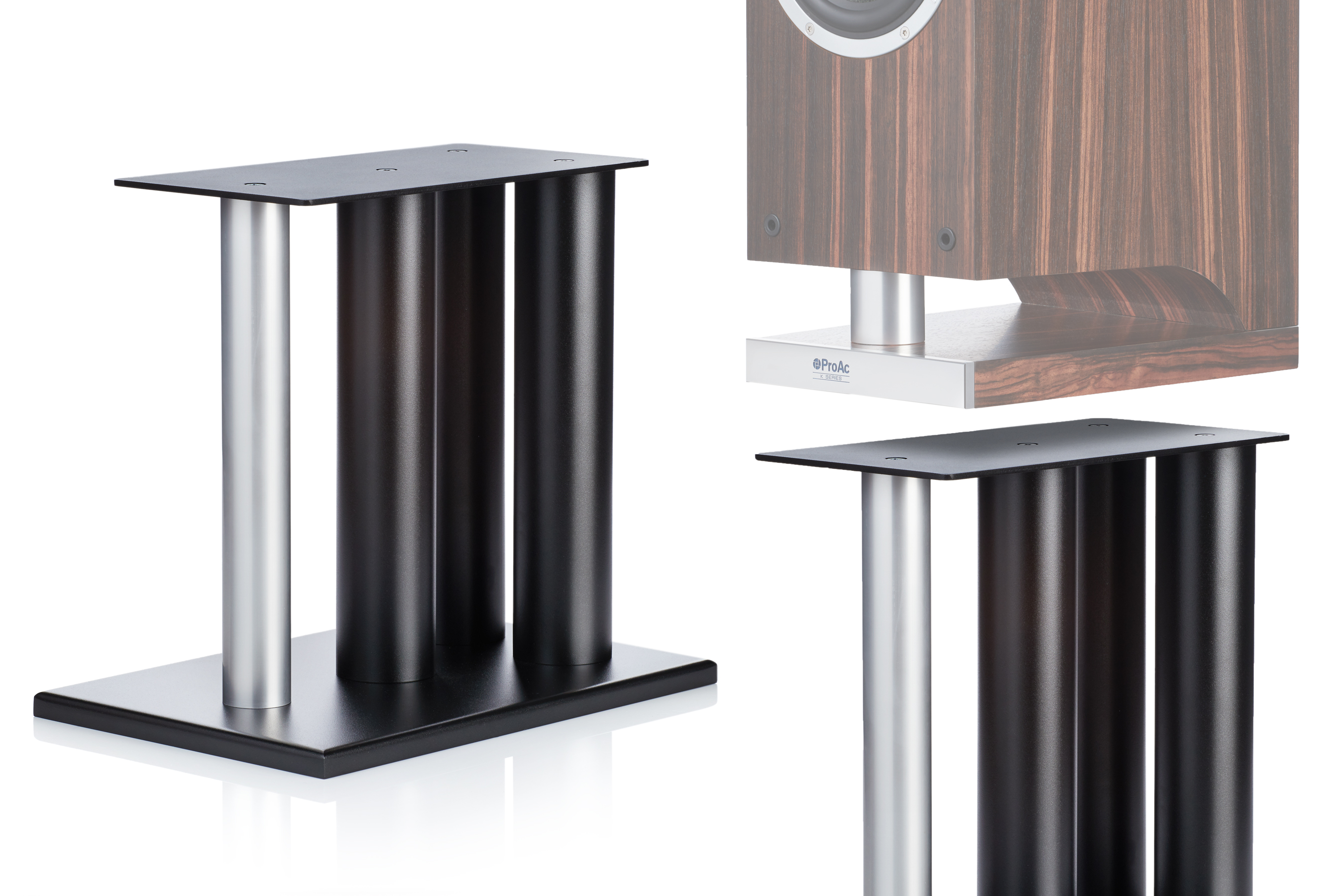 After about a week of intense listening, Thomas notes that the K1 takes some time to break in but is worth the wait. "As the days passed, that 165mm unit loosened up, and they advanced toward a full handshake. ... The K1 became more musically whole and tonally expansive. The drivers, crossover and cabinet had formed a musical partnership and I began to experiment with positioning." Due to their unique downward firing port, the K1s are much more forgiving with placement and ProAc's ribbon tweeters don't have nearly the directional issues of other ribbon tweeters. Once it was broken in and toed-in correctly, the K1 performed with flying colors:

The K1 was extra special here. That tweeter and its subtleties of tonal shading, control and texture really bring the music into the room. It is never wispy or remotely brittle, and I mean never. The bass/mid unit just sings, and the integration with the ribbon projects the music outside the speaker boundaries. In a word, it is seamless...It’s picture painting in sound, and the K1 just glides through it with ease and great delicacy. very time I sat for a listening session with this ProAc, I was struck by its clean-edged directness and the neat, compact shape of the music. Suppose you like low-frequency bandwidth and love to feel that initial and compressive impact of a bass drum, then you won’t be disappointed. The sheer weight and punch is dramatic and, most importantly, clean.

If you're in the market for a standmount speaker in the $8,000 or above range, then the K1 should be at the top of your list to try. As the author can tell you, these speakers punch above their weight, even in a very crowded price point. With an MSRP of $8,700 and a myriad of veneers to fit your particular rooms' design, the K1 could be the perfect choice for your sound system.

Read the full review on HiFiPlus.com