Not all internet signal is created equal. Just as there are vast differences in signal strength and speed, there are stark differences in quality, too. Often, the quality is heavy effected by the network switch that received and directs this signal. If a system is using the typical, run-of-the-mill switch you'll hear it in the streaming audio. Though you might not notice it as much when loading a webpage, it becomes evident when playing some high-quality audio tracks through your hi-fi system. Luckily, there's a fix for that: the 8Switch.

The English Electric 8Switch is a network switch for the modern audiophile. While analog still rules many systems, digital streaming audio has become an ever-growing addition to many systems, taking the place that CDs once held. To accommodate the large audio files flowing through the network, the 8Switch uses audio-grade Base-T gigabit ports powered by a Temperature Compensation Crystal Oscillator. Featuring an isolated power supply and housed in a sturdy yet attractive aluminum case, the 8Switch far surpasses any of the cheap network switches you might be using in your home. Jason Kennedy at The Ear got a chance to see if the 8Switch is as good as they say. 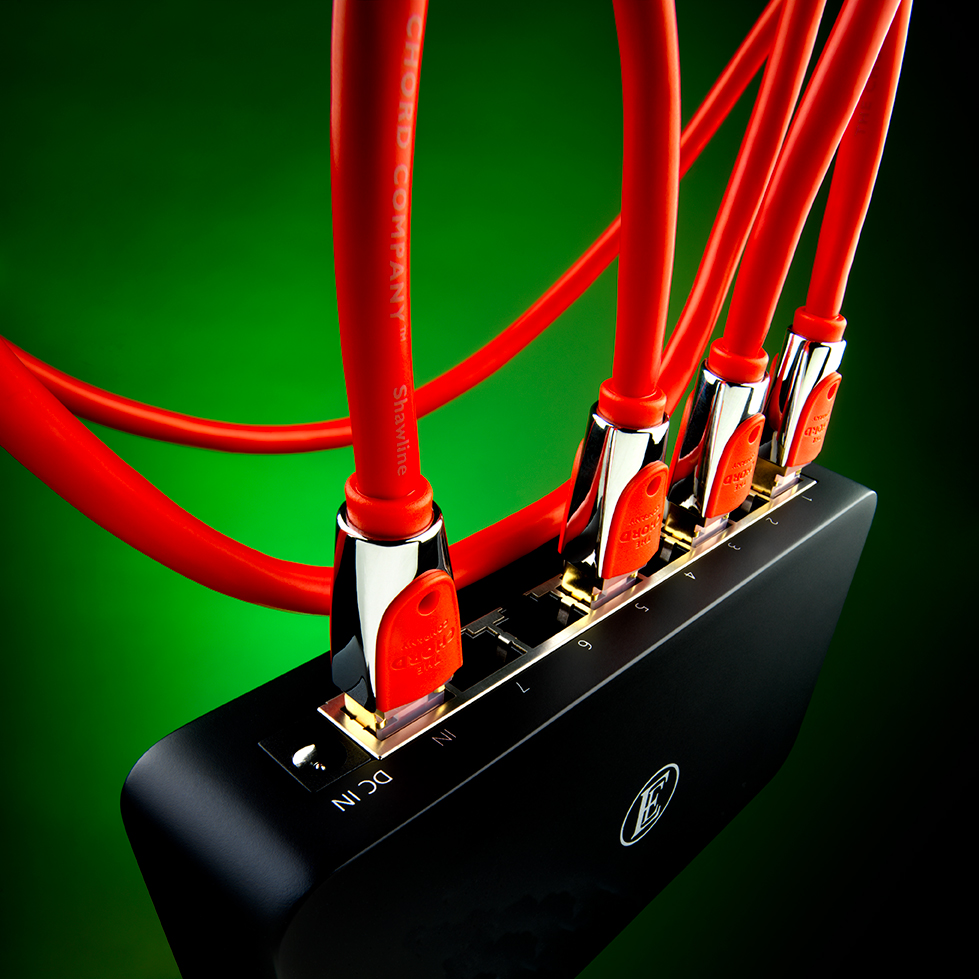 No stranger to streaming digital audio in his system, Kennedy already had—what he thought was—an optimized system for streaming. His system usually uses a Cisco Catalyst as the switch that feeds the server which adds some preliminary filtering before sending the signal on to the streamer. To give the most thorough review he decided to try routing everything through the Sysco to get an accurate baseline before 'switching' to the 8Switch. He wasn't disappointed:

This resulted in a marked increase in purity and extension of treble which in turn did great things for timing and imaging, the extra detail serving to better define leading edges and open up the harmonics which create a sense of air and scale. It really brought a sense of fresh energy to the music, opening up the soundstage and revealing more about the instruments in the mix, especially in tonal terms.

But, to put the 8Switch to the test, Jason Kennedy also wanted to use his typical set-up and see if the 8Switch managed to add the same amount of filtering that his server usually does, or if it further improved the performance. He also tested the 8Switch's ability to handle streaming from Qobuz, and put it head-to-head against a Netgear GS108 switch with a Longdog Audio linear power supply. To read his full results (and you definitely should) head over to The Ear to read the complete review.

Read the full review on the-ear.net