The Chord Electronics Qutest range has consistently been in the news, with the Chord Qutest DAC being one of the top-rated DACs at its pricepoint (and far beyond) and the new Chord Anni amplifier hitting the shelves earlier this year. But, one of the other mainstays of the system is the Chord Huei Phono Stage. Slotting in next to its line mates, the Huei completes the trio of the Qutest System (which can be displayed together their dedicated QSS). This desktop sound system packs enough power and performance value to fill any small to medium space, while also being small enough that it won't fill up the room with bulky equipment. Editor and Head Writer at eCoustics.com, Ian White, recently sat down to listen to the Chord Electronics Huei and had quite a lot to say! 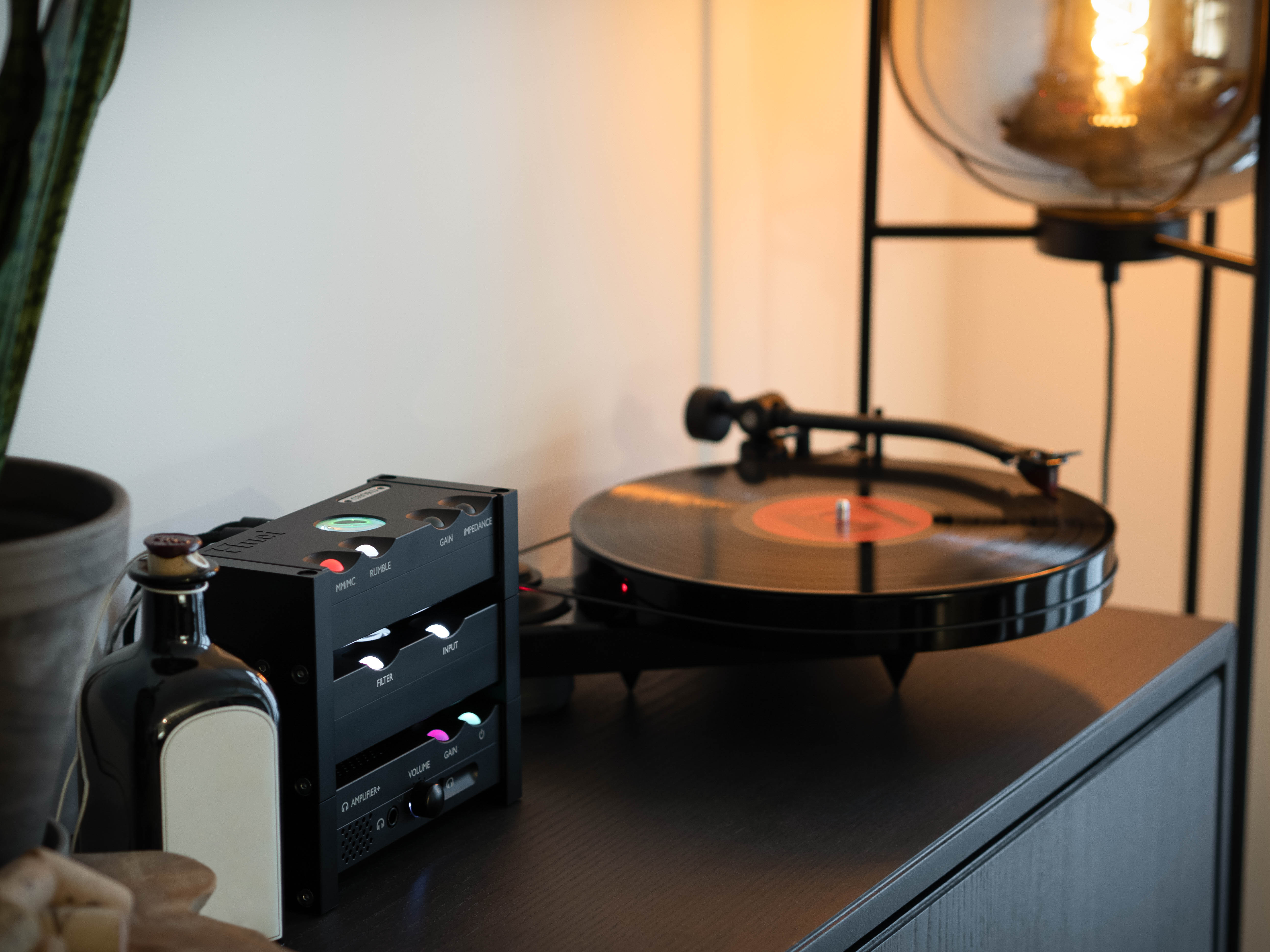 Ian White begins his review by expanding on the context of the review. With a weekend of testing other great Chord Electronics equipment like the Hugo 2, Dave, and the Qutest System mates Qutest and Anni, he was ready to discuss the less-talked-about Huei. The Qutest and the Anni seem to gobble of the headlines, but the Huei is vital for those who want to listen to their vinyl collection. Unlike many other phono stages that tend to skew on the warmer side, White notes that the Huei sits nearer to the cleaner and brighter side of the spectrum. With a slew of options and customizability, the Huei offers a listening experience that can be tailor-made to fit your personal preferences, however. 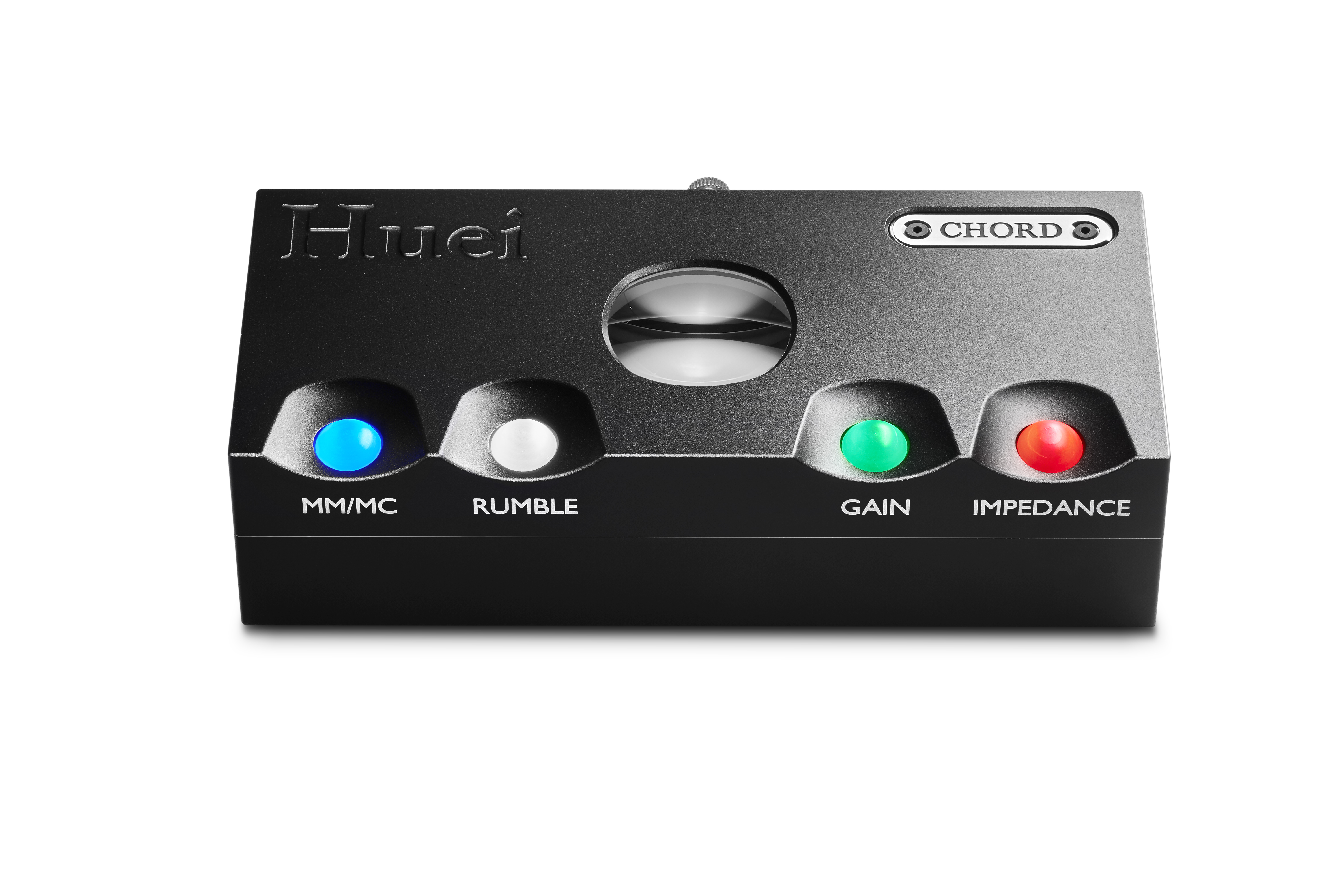 The sound quality testing portion didn't start out in the Huei's favor. The Huei was first tested with a budget amplifier (Schiit Asgard 3), which created a clean, but disappointingly neutral combination. When a Croft Micro 25R pre-amp was subbed in for the Huei, the Asgard 3 produced a much more smooth and musical listening experience. But, then White swaps the budget amp for the more comparably priced Cayin HA-1a MkII amplifier. While Croft pairs well with the Cayin, when White switches back to the Huei, something magical happens:

"Sometimes there’s a moment in the reviewing process where everything changes. That moment came when I fed the Huei some tubes. Sometimes you have to take a few steps backwards before you can take that huge leap forward. When I connect the Huei to the Cayin, I feel that I have done the Chord a disservice. Now I hear what the Chord Huei is capable of. The Asgard held the Croft back — but it held back the Huei more. This is a seriously good pairing. It seems the Chord Huei really likes tubes...The Rumble Filter alone makes a significant difference here. The result is still clean, but not cool as with the Asgard. I don’t feel removed from the music. I feel mesmerized."

As with most hi-fi components, careful system matching is key here. The Huei sits nearer the analytical side of playback, so it benefits from warmer amplification. If your amplifier uses tubes or otherwise leans toward the warmer end of the spectrum, the Huei might just be the phono stage you need to bring the detail and timing back into your listening session. Or, pair the Huei with its system mate the Anni for a sound quality hand-designed by Chord Electronics. In the end, White had this to say about the Huei: "the Chord Huei is a good place to start. And, I think, a good place to stop. This just might be the last phono stage you’ll ever need or want."

Read the full review over at ecoustics.com