Audiophiles have debated the relative merit of belt-drive vs direct-drive turntables for decades. We won't pick sides here, but we'll give you a little insight as to why Rega chooses belt-drive and why that's relevant to the listener. 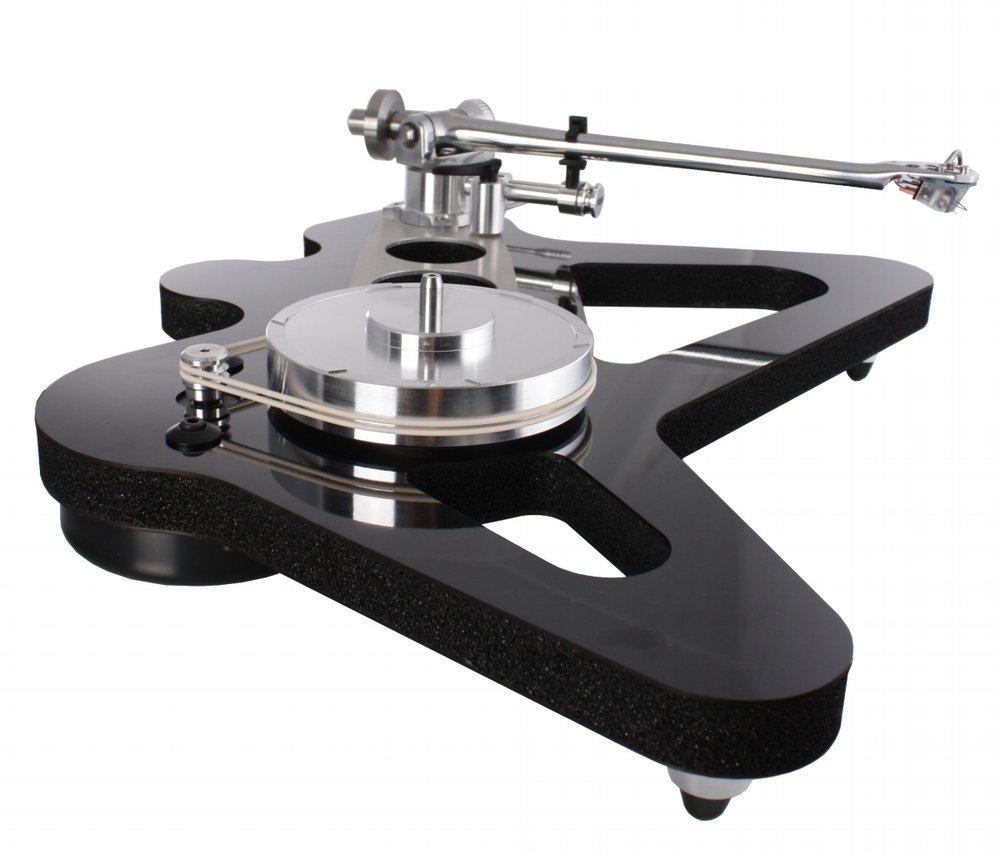 A tale as old as time, song as old a rhyme. We're certain that people will be talking about the direct- vs belt-drive "controversy" for many decades to come. At the end of the day, both formats are "correct" but each offers advantages and disadvantages. Here's our take on belt-drive turntables.

A belt-drive system typically imparts less motor noise onto the hub & platter, making you vinyl sound clearer and smoother. The belt itself restricts the transmission of noise because belts can't store energy above a certain frequency. Great for the low-speed needs of a turntable (33 and 45 RPM), unfortunately, belts don't work very well in higher speed or higher torque applications. Move too fast or too hard and belts will slip (wow). If the belt is misspecified, ie: the wrong length, tension, or material, it could possibly resonate (flutter). But if the motor, spindle, belt, and hub/platter are designed properly and specified accordingly, a belt offers consistent performance with very little issue, low cost, and ease of replacement.

Belt-drives also smooth out the mechanical disturbance caused by motor cogging. Cogging is the natural, and hopefully subtle, byproduct shifting of the spindle as the motor internals spin inside the windings. These shifts, if acted directly on the platter without the dampening of the belt, would moderately 'jerk' the platter through its rotation causing temporal shifts that are easily heard. While it is still possible to have cogging in a belt drive system (albeit at much lower audible levels than direct-drive), these problems have been largely dispensed with in modern high-end turntables. Rega uses heavy platters (AKA a flywheel), that both amplifies the power of the motor and smooth out its operation. Servo controls are often used with direct-drive in an attempt to solve this problem. While effective in mitigating the cogging effect, they sometimes tend to 'hunt' for the correct speed and add cost to the design. 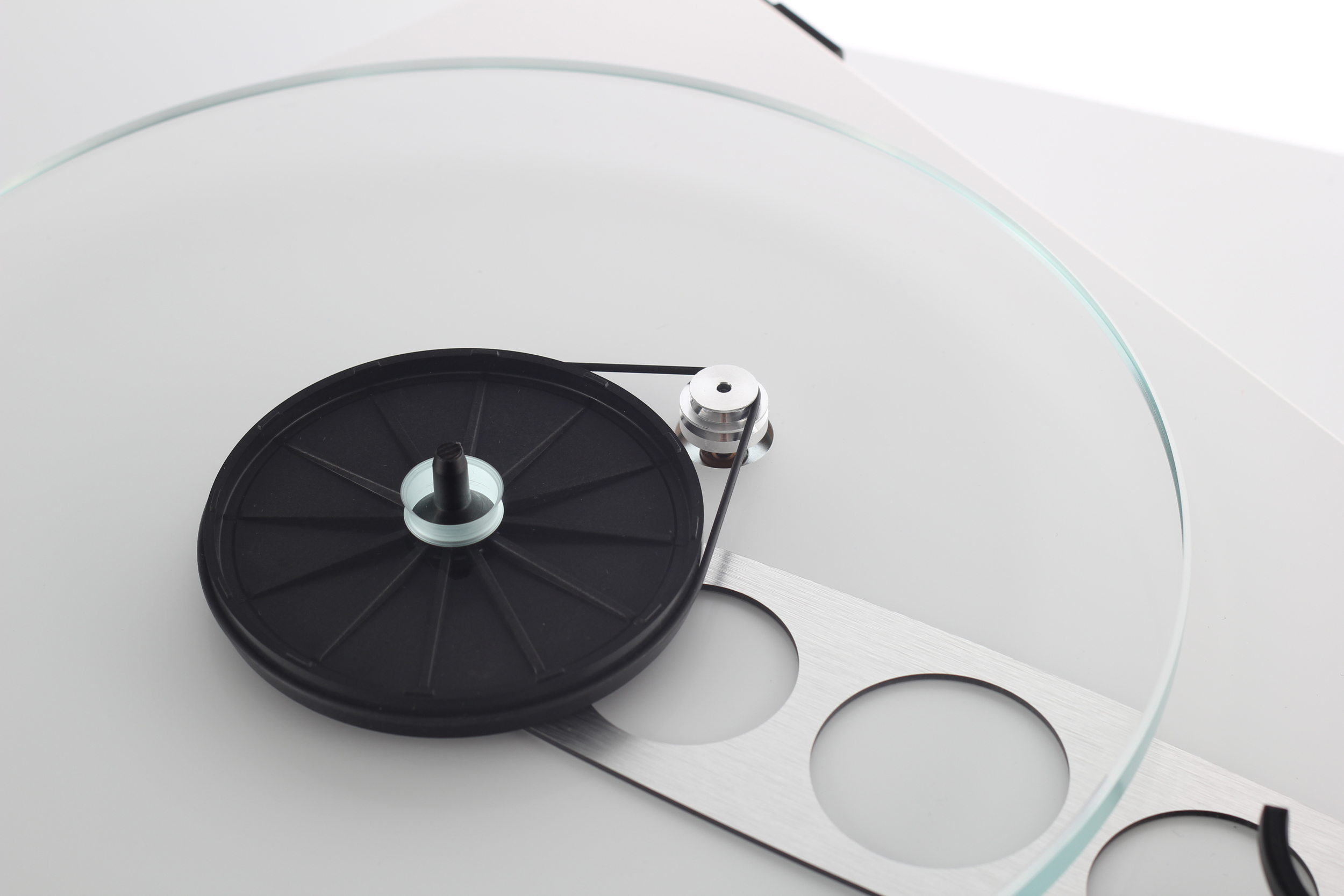 Looking at it from another equally important aspect, a belt drive mechanism is far less expensive to design and manufacture. This allows more resources to be devoted to the plinth, platter, and tonearm. As Rega has demonstrated for decades, tonearms are paramount to turntable performance. In recent times, they are applying yet more effort into improving plinth, platter, hub/bearing, motor, and motor control. This has a much larger impact on the inherent qualities of Rega turntables than anything else. What hasn't changed at all is the belt. If it ain't broke, don't fix it.

Some at this point will argue that belt drive turntables cannot spin accurately because of the nature of belts in operation, and direct-drives don't. And they are right, under certain circumstances. Like all things, it's hard to apply such logic universally.

The slippage discussed earlier could cause speed inaccuracies. The trick is to avoid slippage altogether. This is why Rega uses comparatively high-mass platters and low-torque motors. Once a heavy platter is rotating the stress on the belt and motor go down by several degrees of magnitude mitigating slippage entirely when done correctly.

The advantage of direct-drive in this instance is that the mechanism could apply more torque, more consistently, as adherents to the direct-drive camp will inevitably claim. Again, this is a true statement. But, if you are using a heavy platter, as in the case of a Rega, then the benefits are small is not entirely null and void in an apples-to-apples 'same price' comparison. Then again, if you chose direct-drive for its perceived accuracy advantages, you would still have to contend with increased noise and cogging, or the inclusion of servo control at a much higher cost. 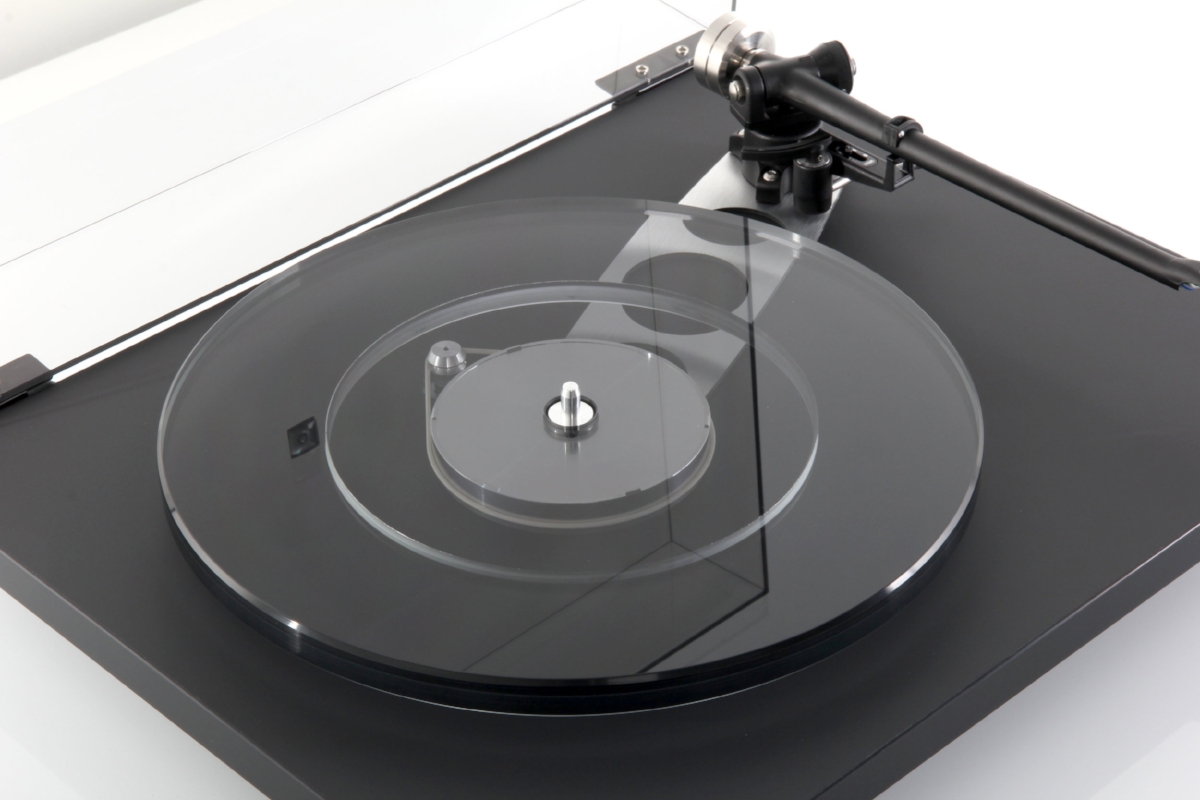 With seeming inevitability, designers of direct-drive turntables choose light-weight platters. We could argue that this is done to offset the cost of the drive mechanism to detriment of sound quality. And proponents of the direct-drive would argue that high torque motors overcome the disadvantage. Again, both approaches have validity. Rega has chosen the low-torque motor/heavy platter path. Why? Low-torque motors are inherently lower in vibration and noise. The motor can then be rigidly mounted which improves speed stability by reducing 'wandering'. While it may take a few seconds longer for a Rega turntable to come up to speed as a consequence, the heavy platter ensures great speed stability and allows the motor to operate freely. With this method, we enjoy the benefits of a quieter background that lets through more detail and great timing that makes the music more enjoyable.

Wrapping up "The Great Debate"

While there will always be an internal debate amongst designers as to the proper way to apply a belt drive, ie: perimeter-drive or hub-drive, or round belt vs flat belt, etc., all will agree that belt drives are inherently quieter and smoother in operation. This the critical reason that belt-drive predominates the high-end turntable industry. Direct drive is the unfortunate exception, not the rule.

Now, we think there can be a certain charm to the sound of direct-drive turntables, and we wouldn't fault anyone for choosing one. It's not an invalid approach by any means. There are some really really good examples on the market today. They've just been overshadowed by belt-drive, for all of the advantages mentioned above, in probably 99%+ of new turntables sold today.

The practice of engineering is one of compromise. In turntables, the engineer must decide if belt-drive or direct-drive best suits their needs in the design, as it relates to performance, ease of manufacture and repair, and ultimately cost. Rega has chosen belt-drive in this equation and continues to reaffirm that decision with critical improvements to drive quality. Just listen to a P9 vs. an RP10 and you'll hear just how far they've come.

Want to chime in? Drop us a comment below. Tired of debating? Find a Rega Retailer near you.