Fyne Audio from Scotland has stirred up quite a buzz in the past couple years. The strong audio-industry pedigree of the design and management teams have allowed the company to take top-notch engineering and combine them with a fresh new company that creates outstanding speakers. Fyne Audio's approach allows them to create five different series of products: the entry level 300 series, the affordable 500 series, the enthusiast 700 series, and the F1 series for the serious audiophile. 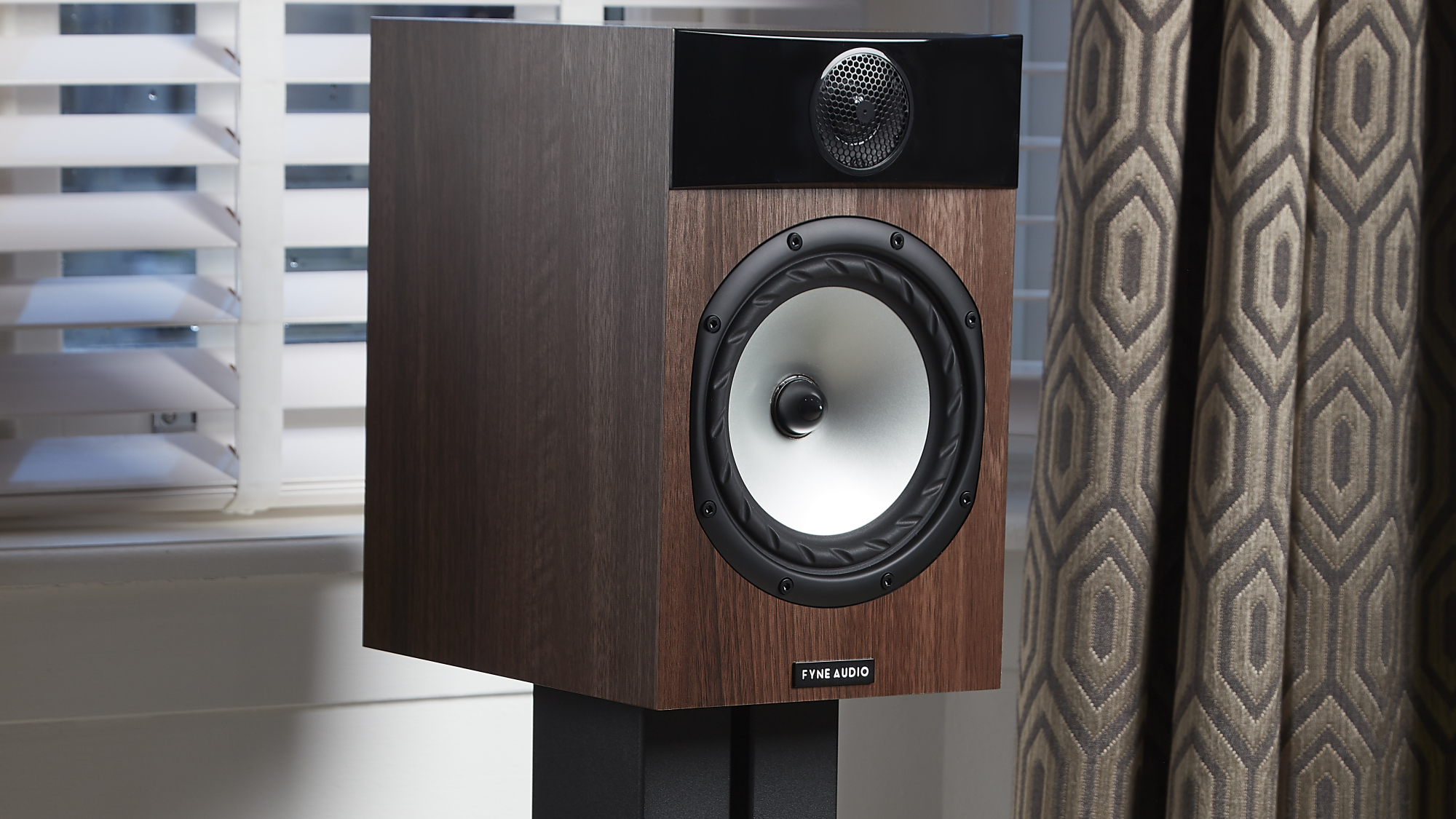 Though the 300 series is at the "entry level" price point, its performance is anything but. For those looking for a sub-$500 pair of standmount speakers that sound like you paid four figures for, the Fyne F301 are a great choice. These little speakers a great for smaller listening rooms, but don't skimp on the tonal accuracy. The bigger brother to the small F300 bookshelf speaker, the F301 gets a larger base/mid driver and commands a little more power and frequency response. The F301, like other 300 series speakers, comes in three finishes: Walnut, Black Ash, and Light Oak.

Ken Micallef over at  Stereophile Magazine recently had the opportunity to try out the Fyne F301 loudspeaker and wrote about his experiences. Initially, he had some troubles finding the proper positioning for the F301s since his listening room was set-up for his review of the impressive ProAc Response D2R standmount speakers. After adjusting his listening area to account for the smaller Fyne F301 speakers, he was impressed by the 301's "exceptional rendering of soundstage width and depth, reasonably wide dynamic range, extended low end (for their size), and exuberant, I-can't-stop-spinning-records presentation."

Acknowledging their smaller size, he found that the F301s were occasionally a little dry in the high end while handling the mid and base with exceptional warmth and weight. That hardness or dryness in the highest reaches of the treble was apparent on some of the test music, though Micallef notes that some careful system matching with the appropriate amplifier could round out the sound and bring out the best performance on the Fyne F301s.

Though the Fyne 301s smaller size was apparent in comparison to the larger ProAc D2Rs ($3,800) auditioned previously, the F301s do stand up against speakers twice their price, like the Quad S2's ($999). All in all, Micallef was impressed by the Fyne F301 speakers, especially for the value they offered:

At $425/pair, the Fyne Audio F301 loudspeakers punch way above their price point. Their ability to cast a wide, deep soundstage with super imaging was as good as any bookshelf speaker I've had in house. Their serious jump factor and meaty bass frequencies were a consistent treat. The speaker's slightly dry upper frequencies demand careful amplifier matching, but otherwise, for a sub-$500 speaker, there's not a lot to criticize. Coherent to their core, they never made me focus on a single aspect of their performance but led me deeply into the whole of the music.

Read the full review over at Stereophile.com